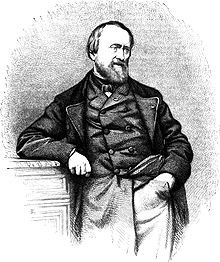 Jean Hippolyte Flandrin from an early age showed interest in the arts and wanted to be a painter but, his parents pressured him to become a businessman, so having almost no training, he was forced to become a miniature painter.

Jean Hippolyte Flandrin and his younger brother Paul, also a painter, spent some time working in Lyon, saving to go to Paris in 1829 and study under Louis Hersent. Eventually, they settled in the art studio of Jean Auguste Dominique Ingres, who became not only their instructor but their friend for life. At first, Jean struggled as a poor artist, but in 1832, he won the Prix de Rome for his painting Recognition of Theseus by his Father. This prestigious art scholarship meant that he was no longer limited in his studies by his poor financial condition.

The Prix de Rome enabled him to study in Rome for five years. While there, he created several paintings, increasing his celebrity both in France and Italy. His Young Male Nude Seated Beside The Sea painted in Rome in 1836 is one of his most renowned works.

Upon his return to Paris in 1856, Jean Hippolyte Flandrin received a commission from the chapel of St John in the church of St Séverin. As a result, his reputation became even more impressive, guaranteeing him continuous employment for the rest of his life. Besides these works, Jean Hippolyte Flandrin also painted a great number of portraits. Yet, he is much more known today for his monumental decorative paintings. 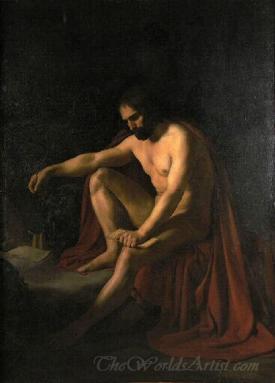 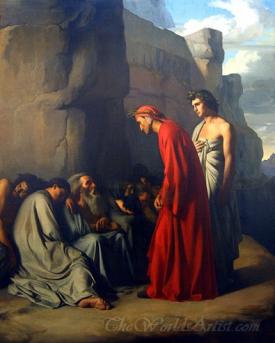 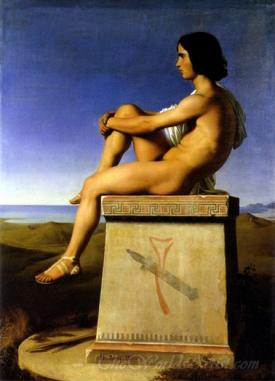 Polites Son Of Priam Observes The Movements Of The Greeks 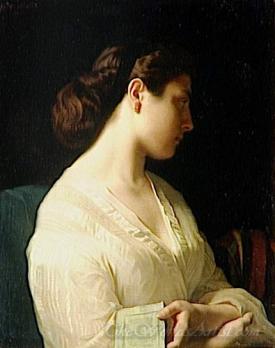 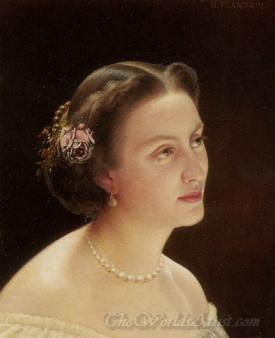 Portrait Of A Lady Bust

Portrait Of A Young Girl